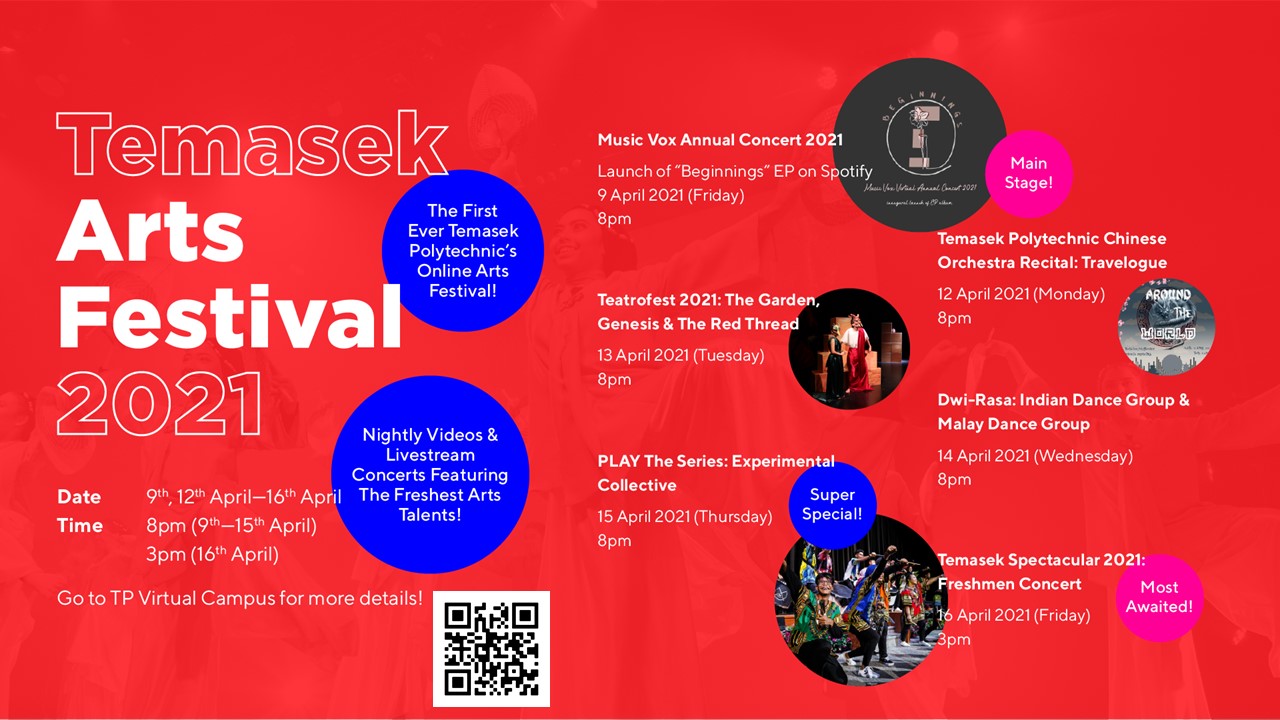 Let Music Vox and their esteemed collaborators “rock your world” with their brand of music in this inaugural livestream concert! Music Vox will also be launching their debut EP on Spotify. Check out the amazing music videos. Not to be missed!

Temasek Polytechnic Chinese Orchestra’s first virtual recital will be an exciting showcase of traditional Chinese music and more. Catch these talented musicians as they bring you music from “around the world”!

Known for their great stage presence, convincing portrayals and wonderful characterisations, the talents from Teatro take their stage prowess and light up your screens! Watch them shine in 3 screen playlets entitled The Garden, Genesis & The Red Thread.

Dwi-Rasa is a Sanskrit word meaning Two Emotions. Let your emotions be uplifted by Indian Dance Group with their dance performance, Aaruyirae and be enchanted by the Malay Dance Group’s piece entitled Berkebaya Biru. Simply beautiful!

PLAY is a 6-part video series helmed by Temasek Polytechnic Dance Ensemble (TPDE), in which TPDE “plays” with various Arts Groups from Temasek Arts Centre in a collaborative experiment to showcase human connection through the different eras. An amazing event you don’t want to miss!

Pre-Covid years, the Temasek Spectacular was a concert that the Freshmen will get to attend after they had spent the day in the sun, cheering and paddling at the Regatta! This year, for the first time, Temasek Spectacular 2021 was held online and made available for everyone to watch.

Check out the video to relive the action!